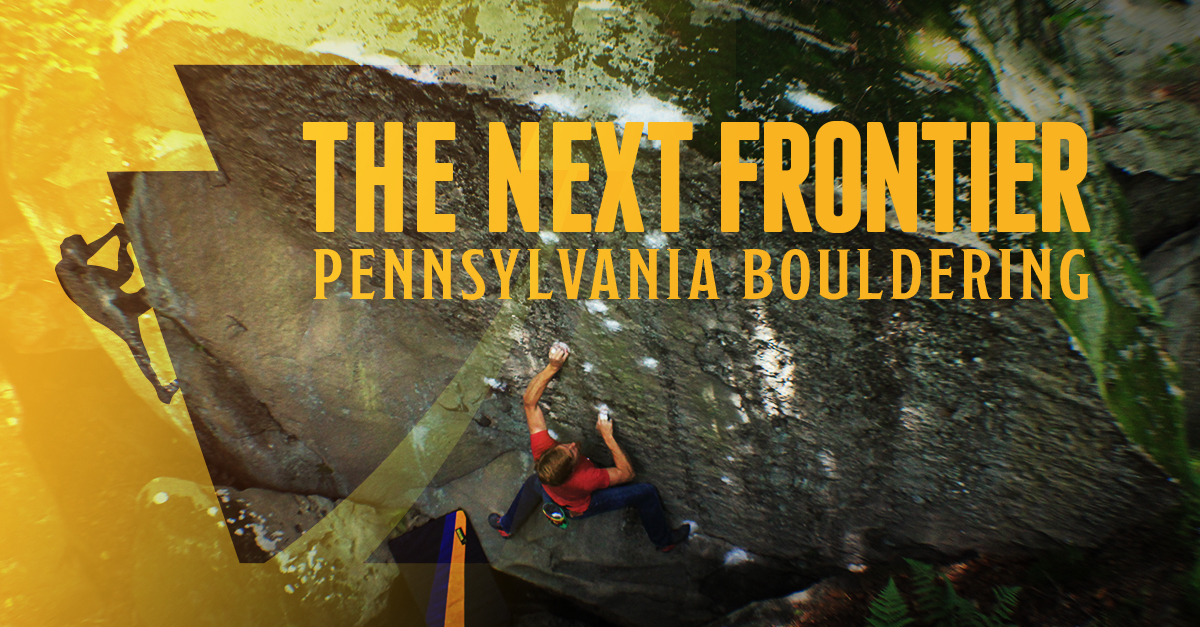 It was a little before 10 p.m. on Monday, April 30 when I got a Facebook message from Kyle Stapp. His message said something to the effect of, “Let’s make a film about bouldering in Pennsylvania!”

I didn’t know anything about Kyle – I had never met him – but I could tell he was really inspired. As we continued our conversation, I started to envision the potential of this film. Our conversation grew to include others, who brought more people to the discussion.

It wasn’t long until we realized how big of a project we had on our hands. Pennsylvania has so much amazing climbing that we wouldn’t be able to include everything in just one season of climbing.

It was difficult, but we settled on a handful of areas to feature. We sought out some of the state’s most dedicated climbers to climb some of the most aesthetic lines Pennsylvania has to offer.

It’s going to be a wild six months traveling all around the state, but after all of it I hope this film inspires you as much as Kyle inspired me to take part in this project.