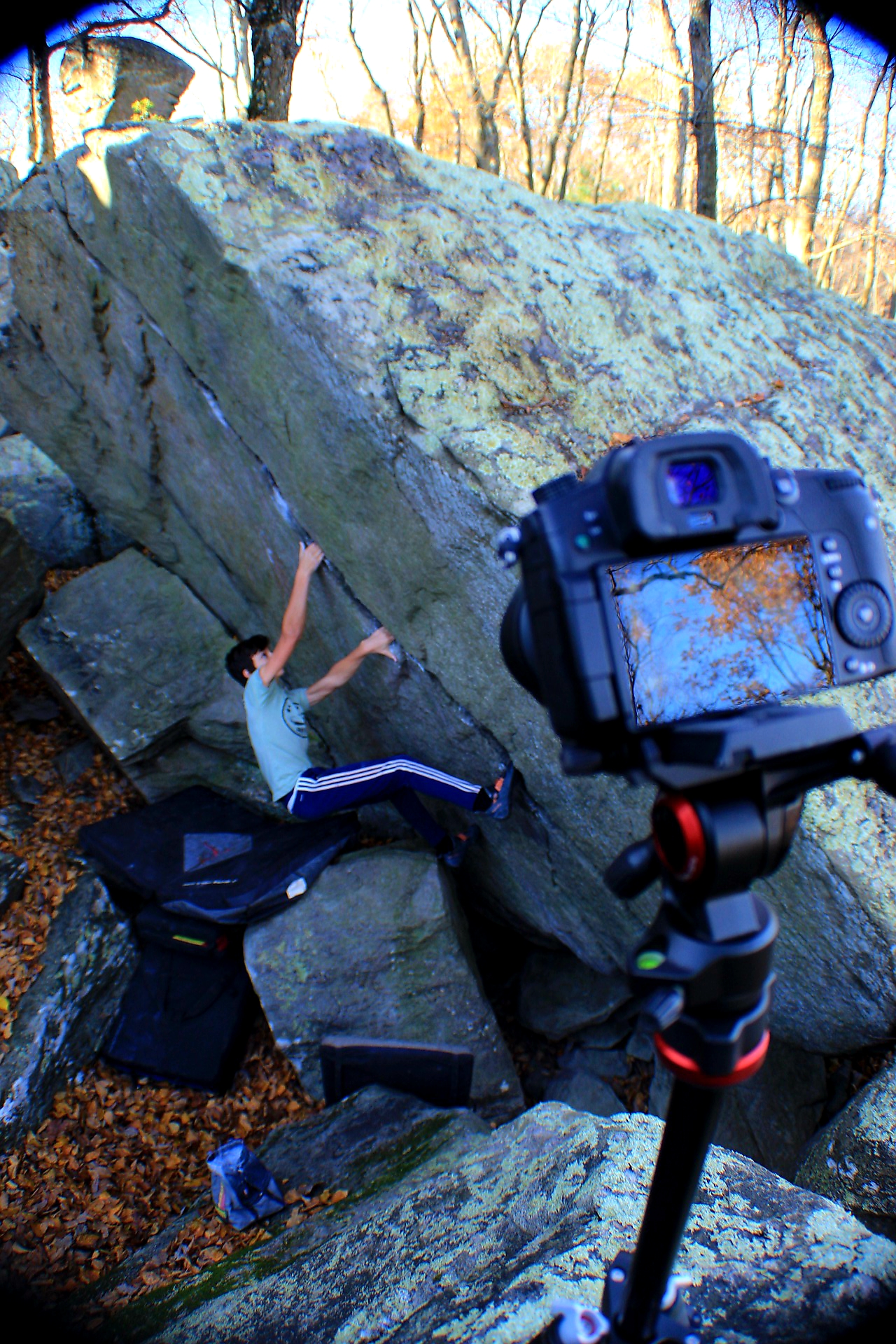 The day of the Whiskey Springs shoot started off with temperatures in the 30s and a perfectly blue sky that was following a stunning sunrise. Great start to a phenomenal day.

After some off-site area drone footage, and a little gear shuttling, the filming began. From one problem to the next, we hopped around boulder to boulder capturing a lot of area classics on film.

There was a good amount of sending that occurred, one of the many examples being Max Snyder on the classic Divine Order V7. The most intense send of the day goes to Travis Gault who put down Ten High V10 on the first go of the day. The spotters, onlookers and film crew fell silent yet watched vigilantly as Travis beasted through one of Pennsylvania’s premier king lines.

After a full morning at Whiskey Springs we headed over to the serene mixed woods of Michaux State Forest. We experienced an incredibly beautiful approach hike and shortly found ourselves at the base of Archangel V7/8, a nicely overhung area testpiece. We got some good footage at Archangel and an interview with Travis.

The day ended after a trip to one more boulder, reversing our beautiful approach hike, and watching a sunset at the parking pull-off that rivaled the day’s spectacular sunrise. Great end to a phenomenal day. Some great footage to come.